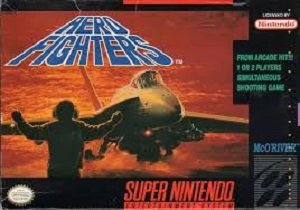 Aero Fighters (known as Sonic Wings in Japan) is a vertical-scrolling shoot ’em up (“shmup”) arcade game released in 1992 by Video System, ported to the Super Famicom in 1993 and the Super Nintendo in 1994, and spawned two sequels for the Neo-Geo, one for the PlayStation and Sega Saturn (both only in Japan) and a 3-D sequel on the Nintendo 64.

The first sequel was notorious for multiple instances of Engrish, such as “I never thought I’d be frying over a jungle.”

When you first play the game you will notice that there isen’t much to do. You select a plane, and start tapping the shoot button, sometimes firing a bomb and avoiding enemy fire. Although this is what most retro games are like, this one has one HUGE flaw. The game just is too short. If you have a friend you can play multiplayer to add to the play length but after a while it gets boring. 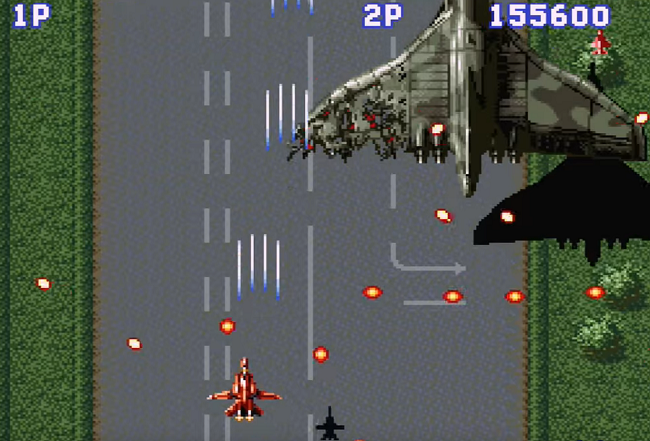 If there would be more levels it would be a good game but 10 just is too little. On top of that the game is really easy making you reach the final boss before you know it. I have to admit that that boss was very fun, much harder than the rest of the game and because of it’s multiple forms it gave you a reason to play the game again. My advice: download the rom and a snes emulater ans try it if you have some spare time.

Aero Fighters (SNES) Q and A

Question : What Are The Game Controls For Aero Fighters?
Answer : Here They Are.

If you plan to play this game it might help to learn the game controls first. If any of these controls for Aero Fighters are incorrect please let us know by posting a comment below

Question : Is Aero Fighters Any Good?
Answer : Below is how Aero Fighters Super Nintendo game rated on popular gaming sites on the internet. This should give you a good idea if the game is worth playing or not.

Question : How Long Does It Take To Complete Aero Fighters On The SNES?
Answer : If you plan to play this game you will be interested to know how long this game will take to complete and how hard people rate this game. The below stats were taken from howlongtobeat.com

Question : Is It Illegal To Download and Play a ROM of Aero Fighters ?
Answer : Yes it is illegal.  Nintendo have posted the following on there website “whether you have possession of a Nintendo ROM for a limited amount of time, i.e. 24 hours, it is illegal to download and play a Nintendo ROM from the Internet”  which makes it clear that downloading ROMS is completely illegal.  A lot of people say this is a grey area, Some say as long as you own Aero Fighters on the SNES you can download and play the ROM as a backup to the physical media, this is not true.  Nintendo see ROMS as a threat to date to the intellectual property rights of video game developers.