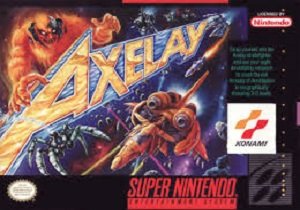 Axelay is a 1992 scrolling shooter game for the Super Nintendo Entertainment System. The game was published and developed by Konami. The game was very well received by critics who praised the games story and selection of weapons. 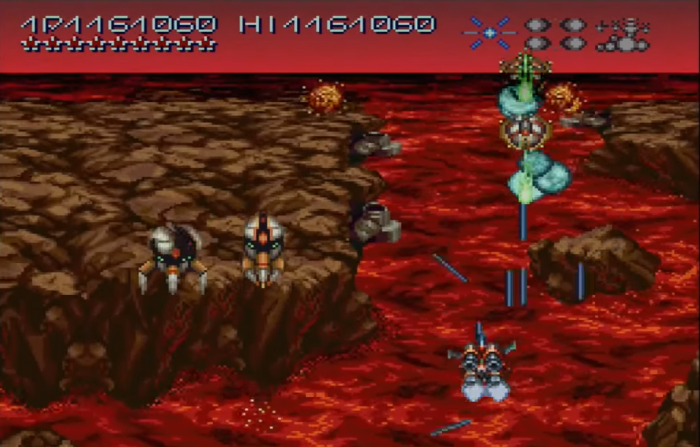 The gameplay of Axelay follows the traditional 2D scrolling shooters seen from many games however, instead of the power collecting power ups from defeating enemies, the player earns weapons as they progress through the game. Players are given three kinds of weapons at the start of each level (Special weapon, standard weapon and missile or bomb) and can switch them during game play. These weapons can be modified at the end of each level. 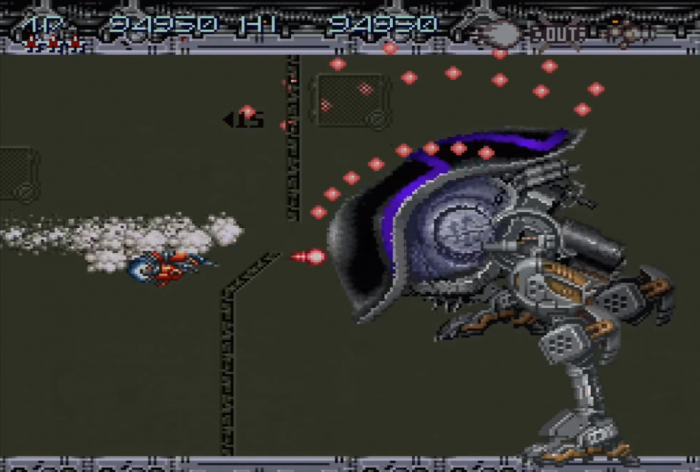 The game takes place in a planetary system which is called Illis and this peaceful place was invaded by an alien empires. This alien empire is called the Armada of Annihilation and their goal is to take over the planets of the Illis system which include the Earth like Corliss. As the last option of defense against the alien forces, the D117B Axelay fighter is deployed to recover its lost weaponry and put an end to the alien invasion before it is too late.

Axelay (SNES) Q and A

Question : What Are The Game Controls For Axelay?
Answer : Here They Are.

If you plan to play this game it might help to learn the game controls first. If any of these controls for Axelay are incorrect please let us know by posting a comment below

Question : Is Axelay Any Good?
Answer : Below is how Axelay Super Nintendo game rated on popular gaming sites on the internet. This should give you a good idea if the game is worth playing or not.

Question : How Long Does It Take To Complete Axelay On The SNES?
Answer : If you plan to play this game you will be interested to know how long this game will take to complete and how hard people rate this game. The below stats were taken from howlongtobeat.com

Question : Is It Illegal To Download and Play a ROM of Axelay ?
Answer : Yes it is illegal.  Nintendo have posted the following on there website “whether you have possession of a Nintendo ROM for a limited amount of time, i.e. 24 hours, it is illegal to download and play a Nintendo ROM from the Internet”  which makes it clear that downloading ROMS is completely illegal.  A lot of people say this is a grey area, Some say as long as you own Axelay on the SNES you can download and play the ROM as a backup to the physical media, this is not true.  Nintendo see ROMS as a threat to date to the intellectual property rights of video game developers.