Bahamut Lagoon mixes RPG mechanics with squad-based combat.  The player can explore his surroundings, talk to people and visit shops when not in battle, only to a limited degree as there is no world map and no way to exit the current area.  The game’s core is its turn-based battles.  A party uses a special ability like casting fireballs, wielding lightning or using healing abilities.

The story takes place in the sky world called Orelus. It begins at the start in a world being consumed by war and the skies turning to the purple color of sadness following the downfall of the Kingdom of Kahna. The Kingdom of Kahna gets conquered by the Granbelos Empire, headed by Emperor Sauzer, taking Princess Yoyo captive and forcing the defenders of the kingdom to withdraw in defeat.

The brave Liberation Army, now with the help from all the Holy Dragons, including mighty Bahamut, fly the Farenheit inside the superior dimension, where they fight hordes of demons and their master, the most powerful of all dragons, Alexander. Alexander seeks to claim the powers of the other Holy Dragons in order to become unstoppable and rule over all worlds. The epic battle, on which the very survival of Orelus is to be decided, follows, and as Alexander is defeated, order is restored.

Bahamut Lagoon (SNES) Q and A

Question : What Are The Game Controls For Bahamut Lagoon?
Answer : Here They Are.

If you plan to play this game it might help to learn the game controls first. If any of these controls for Bahamut Lagoon are incorrect please let us know by posting a comment below

Question : Is Bahamut Lagoon Any Good?
Answer : Below is how Bahamut Lagoon Super Nintendo game rated on popular gaming sites on the internet. This should give you a good idea if the game is worth playing or not.

Question : How Long Does It Take To Complete Bahamut Lagoon On The SNES?
Answer : If you plan to play this game you will be interested to know how long this game will take to complete and how hard people rate this game. The below stats were taken from howlongtobeat.com

Question : Is It Illegal To Download and Play a ROM of Bahamut Lagoon ?
Answer : Yes it is illegal.  Nintendo have posted the following on there website “whether you have possession of a Nintendo ROM for a limited amount of time, i.e. 24 hours, it is illegal to download and play a Nintendo ROM from the Internet”  which makes it clear that downloading ROMS is completely illegal.  A lot of people say this is a grey area, Some say as long as you own Bahamut Lagoon on the SNES you can download and play the ROM as a backup to the physical media, this is not true.  Nintendo see ROMS as a threat to date to the intellectual property rights of video game developers.

Question : Do You Have Any Videos Of Bahamut Lagoon On The SNES?
Answer : If you want to see videos of this game take a look here for longplays, reviews, cheats and more.

Question : I have The Bahamut Lagoon SNES Cartridge But Not The Box?
Answer : I have found this site where you can download the box art for this game, You then simply need to print out the picture, cut out the box then fold and glue the box and you will have a great looking replacement box which will look similar to the box below. 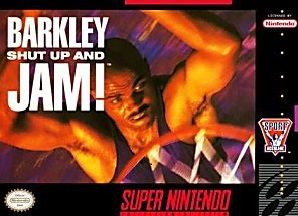