This page contains 4 cheats for Clock Tower on the super nintendo.  We have cheats, codes, tips, walkthroughs, easter eggs and much more. 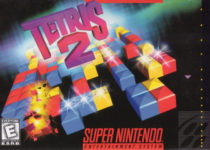