This page contains 4 cheats for Evo Search For Eden on the super nintendo.  We have cheats, codes, tips, walkthroughs, easter eggs and much more.

Turn In To A Dragon – After you evolve into a winged dinosaur in chapter 3, there is a cloud that keeps flying to different levels. If you are at a level that the cloud is over you will fly into the cloud maze. When you get to the end you will find a red crystal that will turn you into a dragon.

Turn In To A Dinosaur – In the Fourth Chapter, after defeating the Mother Prime Frog go up to the small island next to the mountain. Go to the top and jump off. You will be able to fly! Note that if you do this you will lose your current body and start out with the worst stuff. Despite this minor flaw, being able to fly is almost crucial to defeating the next few bosses.

Turn In To A Mermaid – In the Final Ocean stage, go to “Hands and Feet” Under “Evolve” and select “Try to Evolve.” Evolve the body three times to become a mermaid.

Play As A Human – Get to the Mammal stage. Evolve cat jaws and a rabbit body. Go to “Body” under “Evolve” and select Ramothecus body. Evolve it twice to be a human. 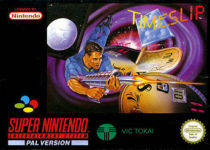