This page contains 4 cheats for Final Fight on the super nintendo.  We have cheats, codes, tips, walkthroughs, easter eggs and much more.

Special Ending – Beat the game using only 1 credit and after the ending is over you will see a special funny credits cast list.

Hidden Ending – At the start menu hold L and R and press Up, Up, Down, Down, Left, Left, Right, Right

Skip Caine – In round 2 when you start you will see two windows and a pipe. Go to the far right window and grab a guy. After you have done that throw him. You should break the windows and dent the pipe. And when you are done and have moved on, break the rest of the windows. At the end of the stage you will not go on and have to beat the boss Caine.

Super Combo – This super combo can be easily executed with Cody, but it’s a bit tougher with Haggar. To begin, initiate a punching combo (press Attack, Attack, Attack for Cody) or (attack, attack for Haggar.) While you’re pressing these buttons, hold the d-pad AWAY from your enemy. Before you do your final ending combo blow, you will throw the enemy, delivering massive damage! 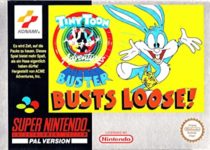