This page contains 9 cheats for Mortal Kombat on the super nintendo.  We have cheats, codes, tips, walkthroughs, easter eggs and much more.

Fight as Goro – Successfully complete the game. When ‘The End’ message appears, quickly hold Up/Left + Select + A until the title screen appears. Press Start to began a new game.

Glitch: Cool Looking Goro – To fight cool lokking Goro…(Silver-colored) Use Rayden. On endurance level 3, use his fatality on the last guy of the fight.(his fatality is forward,forward,back,back,back,Y). It should then eletricute the hell out of the guy. Then goro will appear silver-colored.

Fight Reptile – In the Pit level, get a Double Flawless on your opponent and perform the Pit fatality. Reptile should then challenge you.

Move players off the screen – Start a two player tournament battle with any of the fighters. Fight until one of the characters is one throw away from defeat. Allow the time run down until one second is remaining. Finish off the fighter with a throw (stand next to the opponent and press B). In the next round, either character may be moved off the edge of the screen.

Kano Fatality – Stand next to your opponent and press Back, Down, Forward, B. Kano will rip out his opponent’s heart.

Liu Kang Fatality – Stand anywhere and hold Block, then rotate the D-pad in a full circle towards your opponent. Liu will do an uppercut.

Raiden Fatality – Stand next to your opponent and press Forward, Forward, Back, Back, Back, Y. Raiden will electrocute the opponent.

Sub-Zero Fatality – Stand four character spaces apart and press Forward, Down, Forward, Y. Sub-Zero will freeze the opponent and break him to pieces. 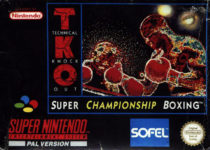