This page contains 9 cheats for Super Mario Bros The Lost Levels on the super nintendo.  We have cheats, codes, tips, walkthroughs, easter eggs and much more.

Infinite Lives Glitch – In World 1-1, go right until you see a Red Koopa boxed in by some bricks. Hit the second brick on the bottom and obtain the Mushroom from it. Then break the third brick and either the leftmost or rightmost one, trapping the Red Koopa on a single brick. You can then stomp on it, and then on its shell like in the original Super Mario Bros.’s infinite-lives trick, infinitely bouncing it back on the wall before you can touch the ground.

Warp To World C – When you are in World A-3, use the spring to get over the flagpole at the end of the stage. From there, run forwards until you reach a pipe. It takes you to World C.

Warp To World 2 – When you’re in World 1-2, jump onto the bricks at the top. Run forwards, and you’ll go past the pipe to exit the stage. Keep running, and soon enough, you’ll find the warp pipe that takes you to World 2.

Warp To World 3 – To warp to world 3, you must be in World 1-2. When you reach an area where there is a pipe, a few bricks, and a Steel-Shelled Koopa, hit the first brick on the left. A beanstalk will pop out. Climb up the beanstalk, and at the top, run forwards until you reach the warp pipe that takes you to World 3.

Warp To World 4 – To Warp to World 4 you must be in World 1-2. When you get to the moving platforms jump onto the platform. While on the platform get a running start then jump to the to the small brick ceiling then jump again to the next brick ceiling. Keep going until you see 2 pipes. Go down the pipe that’s on the far left. You will be led to a secret area with lava. Make sure that Mario or Luigi is small. Run under the small lava pit that’s positioned under a brick wall. After you make it under the lava pit keep going until you see a pipe. Don’t go down the pipe. Instead, search for a secret coin block that’s located one space to the left of the lava pit. Then get on the coin block and look for a coin block that’s located one space to the right of the coin block that you are on. Jump on next coin block and jump up to brick wall ceiling. You should find a Warp Zone that leads to World 4.

Warp To World 5 – To Warp to World 5 you must be in World 8-1. After you pass the 3rd Hammer Bro go down the next pipe you see that points upwards. You will be led to a secret water area. Collect the coins and exit. When you exit you will end up outside. Go up the stairs and you will see a pipe that leads you back to World 5.

Warp to World 6 – You must be at least Super Mario to do this. Near the end of World 5-1, when you see two rows of floating bricks past two Red Paratroopas, hit the rightmost brick of the top row to release a vine. Smash the brick next to it, and then climb the vine. After going through the small bonus area, you will be dropped off on a pipe right next to a Warp Zone that takes you to World Six.

Warp to World 7 – Near the end of world 5-2, when you encounter the trio of tiny elevators, try to go as high as you can, so you can jump off the last elevator and reach the top of the ceiling. Continue to run right, making sure to jump when the ceiling ends, and you will eventually reach the Warp Zone for World 7. 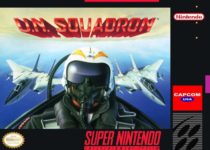