This page contains 5 cheats for Super Mario Kart on the super nintendo.  We have cheats, codes, tips, walkthroughs, easter eggs and much more.

Speed Boost : A speed boost can occur at the beginning of a race. When the three lights begin to count down, if you press the Acceleration button just before the second light lights up, and you hold it until the race starts, you get a boost of speed. If this speed boost is timed and positioned right, it can easily put you in first place right from the start.

Small Racers : To play with small racers Hold Y and push A at the character select screen, Be careful as you will be small for the whole game and can be run over by all racers.

Extended Mushroom Boosts : When you get a Mushroom item, approach a wall on the track, preferably a corner wall that juts into the track. As you approach it, release B to decelerate and then press A to use the Mushroom and use L/R to hop “into” the wall. Once the wall is bumped, only hold L/R to keep the boost. The boost will keep going forever so long as you don’t bump into anything else on the course.

Continue playing after you lose (Battle Mode) : When you’re on your last balloon, hop over a banana peel. After the music changes and the screen darkens, you can still drive your kart around. You can even pick up items, use them, and the Star music will play if you obtain it. This glitch stops working if you stop your kart.

Camera Pan : Choose any character and go to any time trial and finish it without making any mistakes. Now, when you watch the little replay clip of your race, press L or R to make the camera swing around your character.

If you are aware of anything else you can unlock in this game please let us know by posting a comment below. 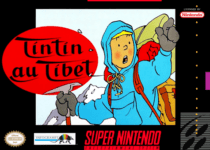